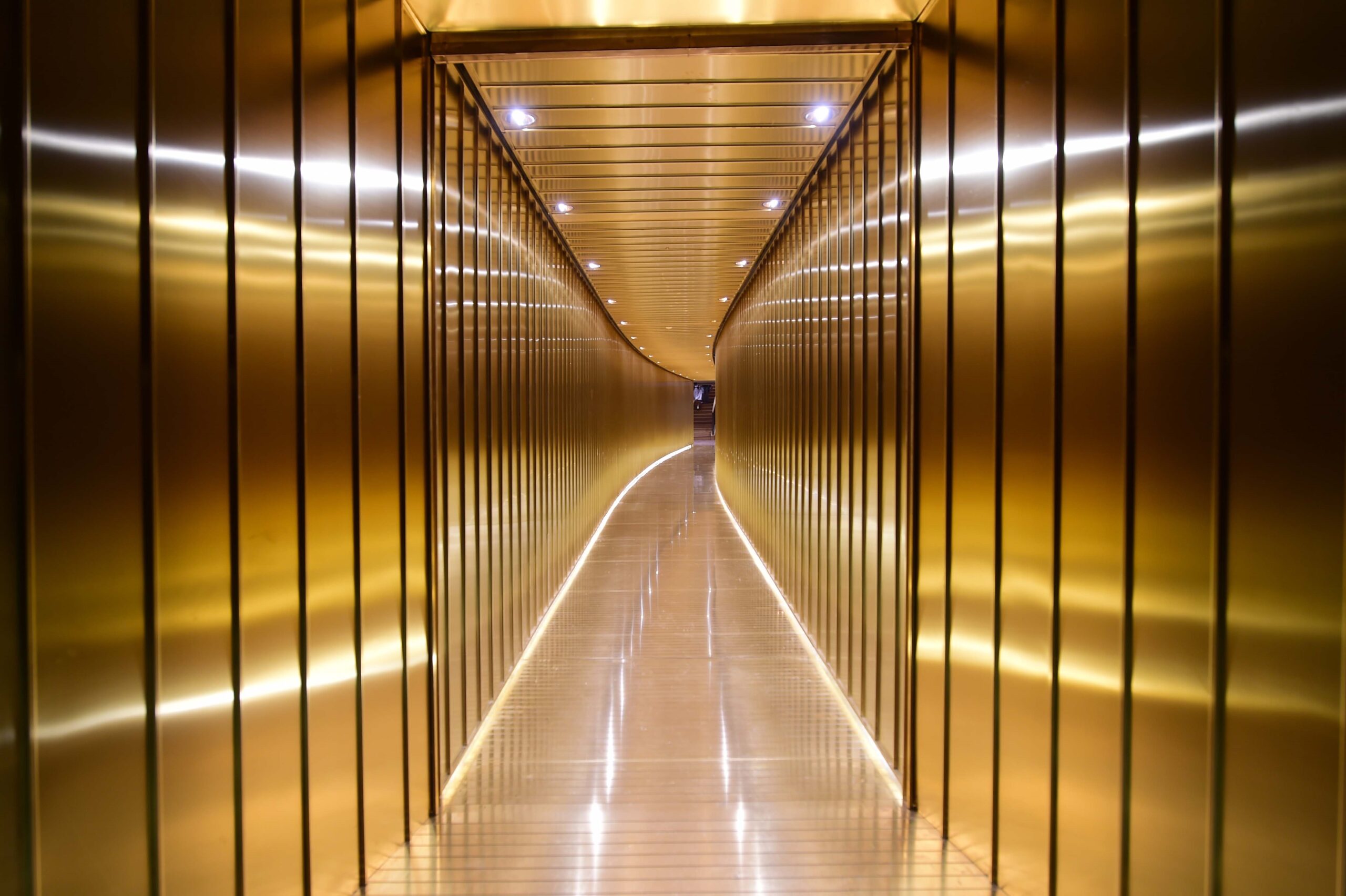 At about 10,000 square metres, the new Gallerie d’Italia – Naples is about three times the size of its predecessor, giving the museum plenty of room for community projects, educational initiatives and temporary exhibitions – as well as Caravaggio’s last great work

“Though a work of art may belong to a particular museum or organisation or individual, it is also the heritage of everyone in society” – Michele Coppola, Executive Director of Art, Culture and Historical Heritage, Intesa Sanpaolo, and Director of the Gallerie d’Italia

It has been a busy period, to say the least, for those involved in Progetto Cultura, Intesa Sanpaolo’s long-term project aimed at promoting cultural enrichment throughout Italy. The month of May saw the opening of two new museums in the space of a few days: Gallerie d’Italia – Turin, and Gallerie d’Italia – Naples.

The latter is housed in a historic palazzo, built in 1940 by architect Marcello Piacentini on the great thoroughfare Via Toledo. Formerly it served as the headquarters of Banco di Napoli, which was incorporated into Intesa Sanpaolo in 2018. Part of the monumental building has been repurposed – from office to museum – by the architect Michele De Lucchi and his studio, AMDL Circle, who also worked on the opening of Gallerie d’Italia – Turin.

It occupies 10,000 square metres, around three times the area of Intesa Sanpaolo’s original Neapolitan museum at Palazzo Zevallos Stigliano, which it replaces. (That space opened in 2007 and was also located on Via Toledo.)

Among the many masterpieces making the transfer from one palazzo to another is The Martyrdom of Saint Ursula, the final picture ever painted by Caravaggio. Produced in 1610, a matter of weeks before the artist’s death, it depicts the killing by pagan Huns of an English princess who has refused to marry their chief.

These exhibits – by artists of the calibre of painters Artemisia Gentileschi and Luca Giordano, and sculptor Vincenzo Gemito – all come from Intesa Sanpaolo’s own collection, which currently numbers more than 35,000 works.

There is no coincidence in the decision to show art here that was made in the same part of Italy. “The idea is for each museum to form part of its local community – and also to reflect its community,” says Michele Coppola.

Coppola is continuing the role he had at Palazzo Zevallos Stigliano, in which he is supported by Antonio Ernesto Denunzio as Deputy Director.

A key part of each museum’s engagement with its local community is through education and in Naples the new space boasts three large classrooms. This has permitted an expansion of the activities for schoolchildren that already existed at Palazzo Zevallos Stigliano.

“Intesa Sanpaolo believes that playing a central role in society’s economic development is not separate from taking responsibility for its cultural and social development” – Michele Coppola.

“We believe museums are among the most vital and characterising places in any city,” says Coppola. “They allow people to get close to art, to explore the values of humanity from past to present, and so to think about how best to live.”

On Gallerie d’Italia – Naples’ ground floor is a space dedicated to temporary exhibitions. Here the inaugural show is the 19th edition of Restituzioni. This displays the most recent results of a long-standing collaboration between Intesa Sanpaolo and the Italian Ministry of Culture.

Specifically, these are 200 artworks from archaeological sites, museums and places of worship across Italy. These works all suffered some sort of damage before the bank sponsored conservators and restoration laboratories to repair them.

The collaboration dates back more than three decades and the current exhibition features work repaired in the past three years. None of the pieces is a part of the Intesa Sanpaolo collection.

“I think Restituzioni is a concrete demonstration of Progetto Cultura’s commitment to Italy’s artistic heritage at large,” says Coppola. “Though a work of art may belong to a particular museum or organisation or individual, it is also the heritage of everyone in society.”

The Neapolitan museum includes two other permanent displays featuring works from Intesa Sanpaolo’s collection. One is dedicated to ancient ceramics from the regions of Attica and Magna Graecia (Naples formed part of the latter). The second is of artworks made from the end of the Second World War through to the present day by luminaries such as Lucio Fontana, Alberto Burri, Sol LeWitt and Gerhard Richter.

“For the launch of two museums in two big Italian cities, credit goes to the enlightened thinking of the group’s top management,” Coppola says. “It’s worth stressing how Intesa Sanpaolo – one of the most important banks in Europe – believes that playing a central role in society’s economic development is not separate from taking responsibility for its cultural and social development too.”